It is safe to assume that this Advance Compilation will at least include Circle of the Moon, Harmony of Dissonance, and Aria of Sorrow.

The Castlevania Advance Collection is listed as Multi Platform. It is unknown at this time if that means Switch, PS5, PS4, PC, etc. Either way this will be a great way for fans to relive the Castlevania GBA era on a new system, and for newer fans of the series to get a chance to play those amazing titles that continued the Metroid style gameplay which began with Castlevania: Symphony of the Night.

Stay tuned for more details on the Castlevania Advance Collection as they are revealed. 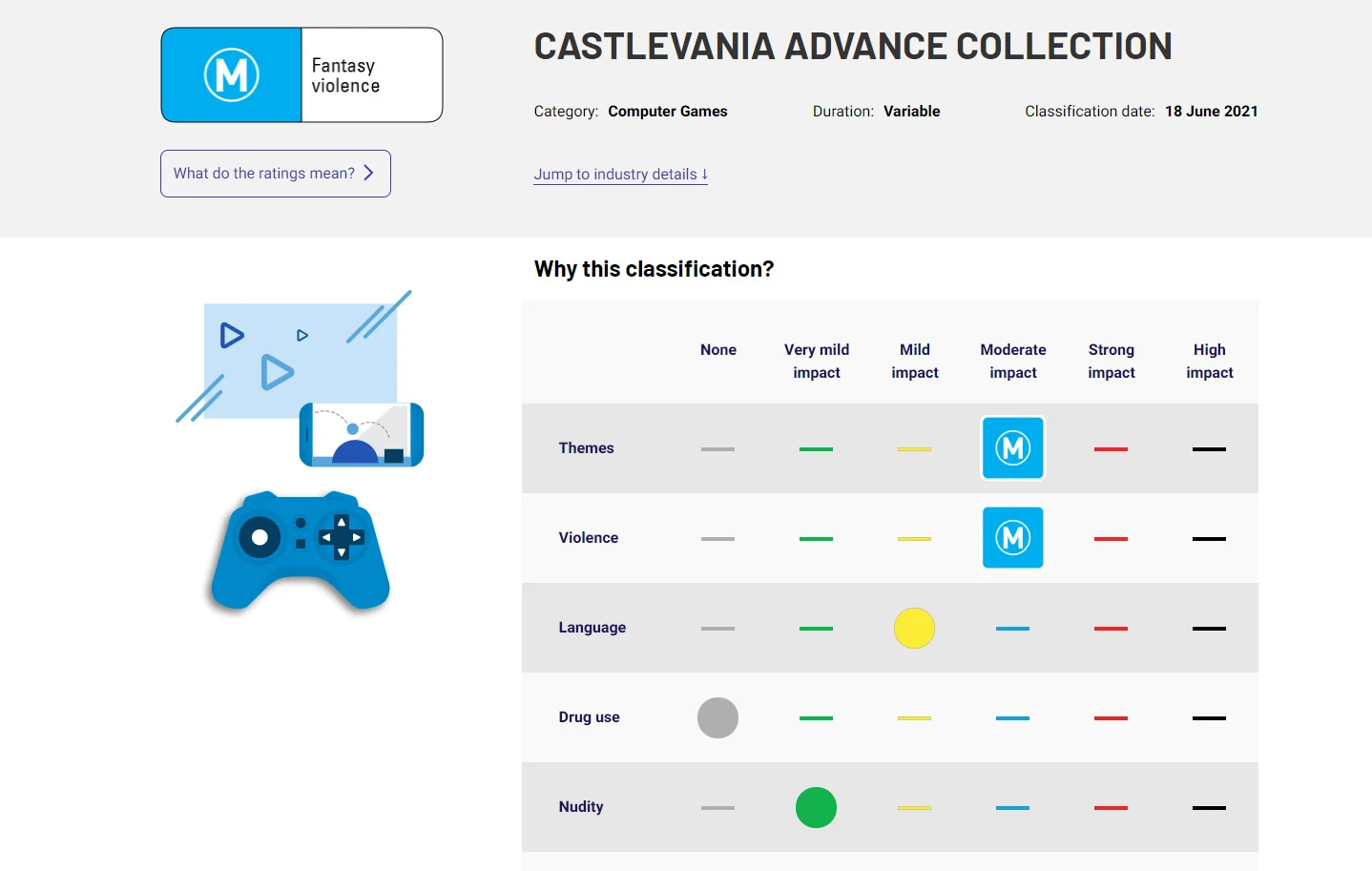