It is the late 1600’s, and a group known as The Order is trying to resurrect Count Dracula. Their leader, a man named Rohan Krause will stop at nothing to revive the Count. Desmond Belmont, a member of the long lived vampire hunting Belmont clan has set out to stop The Order from fulfilling their dream of bringing back Lord Dracula. Armed with a Leather Whip, Desmond begins his journey into the unknown. 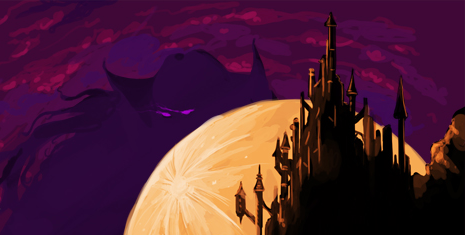 Released on September 18th, 2007 on mobile phone providers throughout the United States, Castlevania: Order of Shadows is the story of Desmond Belmont’s quest to prevent the resurrection of Count Dracula. The leader of The Order, Rohan Krause, who for more than 20 years has been the arch nemesis of Desond’s father, is convinced that he can bring Count Dracula back to this Earth to savage the lands far and near. Although still rather inexperienced, Desmond realizes his destiny is to put an end to The Order before it is too late. Desmond’s adventure begins at a Mansion, where he is in search of The Order’s hideout. He must find the Sacrificial Alter before the resurrection of Dracula takes place. He is joined on this voyage by his sisters, Zoe and Dolores, who aid his search for the alter that is said to be used in Dracula’s revival. Desmond encounters many enemies along his path who attempt to put him on a detour straight to hell. Luckily for Desmond, he is able to acquire a large selection of Sub-Weapons, has the ability to use Alchemy spells, and can obtain stronger whips including the legendary Vampire Killer, which are all much needed to destroy the madness that awaits.

While other Castlevania titles like Dracula’s Curse and Dawn of Sorrow were ported to cell phones from their original form, Order of Shadows was the first game in the franchise to be released only on a mobile device. It’s game play is that of an RPG element similar to Symphony of the Night, in which Desmond obtains HP, MP, and EXP. It is a much shorter game though, with only 5 levels. It also holds the rare distinction of being the first Castlevania title to never be released in Japan. Order of Shadows does not take long to go through, but it has some replay value in which you can play again in a hard mode, and also have unlimited items. Being released only for mobile before the Smart Phone era became popular, and also since it’s more of a side story to the Castlevania timeline, Order of Shadows was not as well known as many of the other games in the series. Overall Castlevania: Order of Shadows is challenging enough that the average Castlevania fan should enjoy this adventure.